Nitroplus’ sultry mascot, Sonico, has gotten quite the press lately, mostly due to the waves of figure releases of hers’ being announced. Gift continues the assault as they’ve announced a 1/6 figure that’s sure to contend for the ecchi-est Sonico crown. Labeled as the Gothic Maid Ver., the figure depicts the well-recognized pink bombshell in a pose reminiscent of those you’ll find in hardcore AV idol videos. In short, it’s not something you want to show to your mother and get away with a virgin butt. Sculpt-wise, it’s not spectacular by all means. I’m still in the camp that thinks Orchid Seed’s Bondage Ver. looks better and much more desirable.

For those ordering the premium version, she also comes with a bed base that only adds to the lewd allure of this figure. While it would’ve been better if they included the entire bed, that would’ve driven the price higher than Mt. Everest and shelf spaces even more constrained.

Gift’s Super Sonico Gothic Maid Ver. will not come cheap as the regular version alone costs 9800 yen already. Meanwhile, the premium bed base version will be scorching finances for an unrelenting 12600 yen. A huge investment for sure but considering the scale and the fact that quality ecchi figuresnare hard to come by these days, then it might not be so bad after all. She’ll be in your care in March 2012. 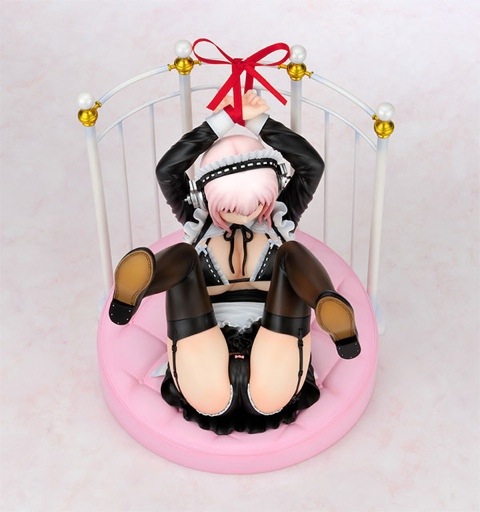 2 thoughts on “Gift Sonico Gothic Maid Unapologetic For Its Ecchiness”