Griffon finally puts up Remilia Scarlet (curiosities of lotus asia version) for pre-orders, well at least this loli vampire has a better face than the others that have “that same old griffon face.” 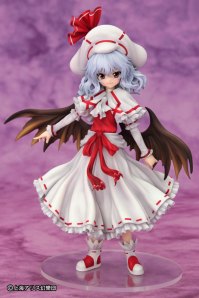 In this version, she comes with a white ensemble rather than her signature pink dress, and her hat became more puffy or mushroom-like, her wings looks awesome here but I prefer her old one. Also, griffon didn’t forget to put this version in that same old boring pose, also expect when buying her to have that same old black fugleh base griffon always provides on their figures. 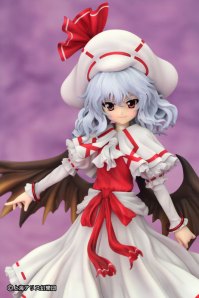 Though they could’ve given her face, or rather her eyes a more badass look, like the one where she was based on: 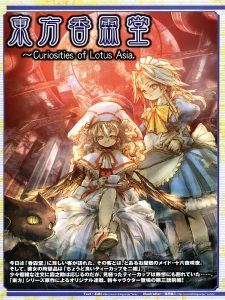 Griffon makes it up for a detailed clothing and vibrant colors, though it would still depend on the final outcome especially their somewhat failed QC nowadays. 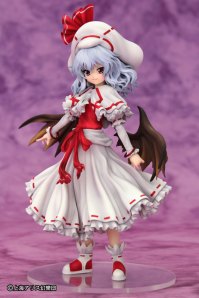 Anyways this loli vampire retails for a price of Y7400.