Good Smile Company has been on a rampage releasing new figures based on popular series and this is evident in their latest announcements for their highly profitable Nendoroid and figma product lines. With the anime “Guilty Crown” having just ended, GSC and Max Factory have catered to the request of fans to release figures of the ever popular vocalist of EGOIST and main heroine, Yuzuriha Inori. 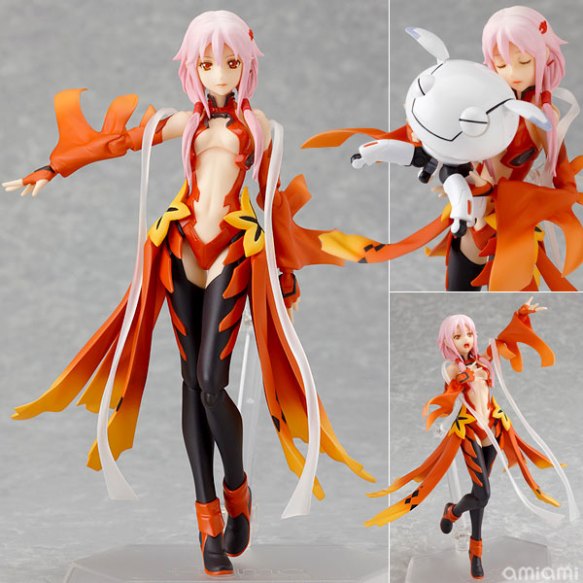 Both figures exemplify the strengths of each line. The Nendoroid version looks awfully cute and has varying accessories to go along with the pink-haired songstress. I especially like the Void effect that’s included with the Nendoroid. On the other hand, the figma boasts of unparalleled articulation and more realistic proportions. Either way, both of these figures will surely satisfy the many fans of the very lovable Inori. GSC’s Nendoroid Yuzuriha Inori will retail for a hefty 3800 yen and will be released in July while Max Factory’s figma will cost a slightly lower 3500 yen and will come out in August. I’m sure you won’t be guilty getting these two.